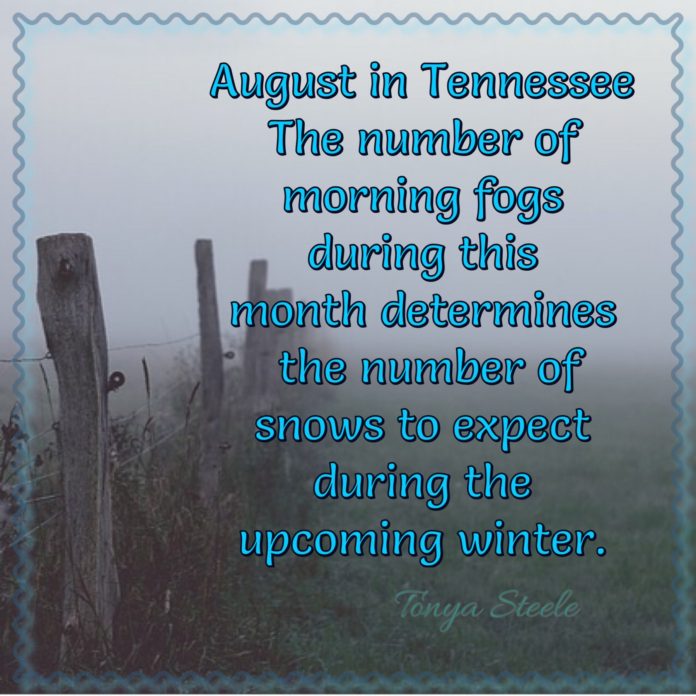 Did ya’ know…the number of morning fogs in August each year is said to predict the number of snows to expect during the upcoming winter.

A family tradition we’ve talked about each year, for as long as I can remember, one of many “Old Wives Tales” passed down from my parents and grandparents.

It’s fun to watch, catch the beautiful morning fogs, mark on the calendar, then count the snowfalls in the winter to see if the prediction was correct.

I’m not going to spoil the fun by telling how accurate this method of predicting snowfalls has been over the years.

Since it’s the end of August and more than likely you’ve not kept up with the number of fogs, I’ll fill that in this year.  According to www.theweatherchannel.com we’ve had 15 foggy August mornings.

We will have to wait and see what the Winter of 2016-2017 has in store for Tennessee and if the August fog prediction is correct.

Curious about “Old Southern Wives Tales” be sure to check back often as I’ll continue to post and update but www.farmersalmanac.com is always a good source for wives tales, folklore and weather predictions many southern farmers have relied upon for years. 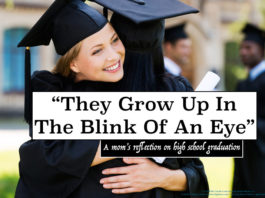 GRADUATION – A MOMENT IN TIME 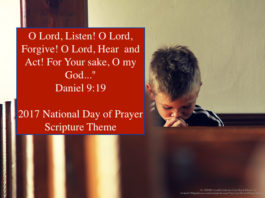 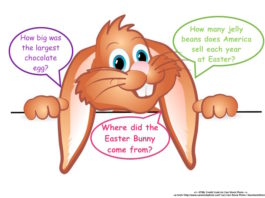